Presented by asie and PogeSoft

587 Squadron Advance is a demake of Epic 's Zone 66- a 1993 shareware title of theirs that I am fond of-using Epic's own ZZT*. The ZZT world was in turn ported to a GBA-playable format by asie using a build of his fork of ZZT, OpenZoo/C++. All the screenshots are from the GBA version.

The game is available for download as a .GBA file. If you play it on an emulator, we recommend mGBA as this is what the game has been tested on the most. It has also been tested to work on real hardware.

You control a little white smiley and interact with things by touching them. To navigate in the ZZT world, use the D-pad and Start to bring up a menu. For this particular game, A is the sole action button. Further instructions on the game proper are available in the game.

As 587 Squadron Advance is a fast-paced game and you control a tiny little dingus 3x5 pixels in size, I suggest you first play the game in easy mode to get the hang of controlling things before moving up to normal. Hard mode may be added in in future releases.

587 Squadron Advance (the game) is (c)2021 PogeSoft and licensed under the Creative Commons Attribution-ShareAlike 4.0 International License. To view a copy of this license, visit http://creativecommons.org/licenses/by-sa/4.0/ or send a letter to Creative Commons, PO Box 1866, Mountain View, CA 94042, USA.

Licensing information about  OpenZoo and other libraries used to make this GBA-playable can be accessed from within the game.

*-or, if you want to go further back, a demake of Raid on Bungeling Bay

If you're playing the GBA ROM on an emulator, mGBA, available at https://mgba.io, is recommended and is the one the game was tested on.

To play the ZZT world you will require ZZT or the Reconstruction of ZZT to run in Zeta. ZZT can be found on the Museum of ZZT at  https://museumofzzt.com/, while Zeta and the Reconstruction are available at https://zeta.asie.pl/. Unzip  the download into a folder containing these to play.

While  the game can be played with ZZT in DOSBox, it hasn't been extensively tested in it. You may need to set the number of cycles to max in DOSBox and/or increase the game speed (accessible from the title screen) to get it to run smoothly. 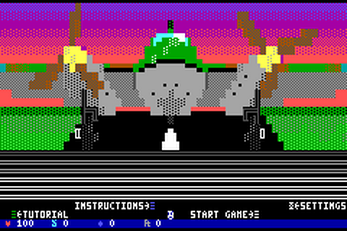 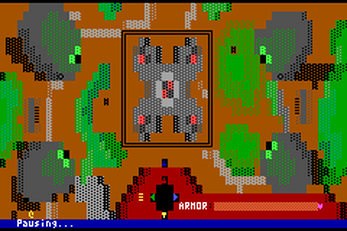 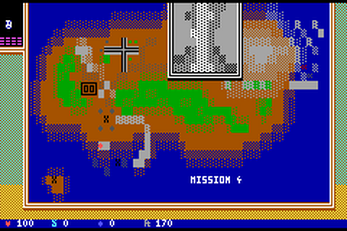 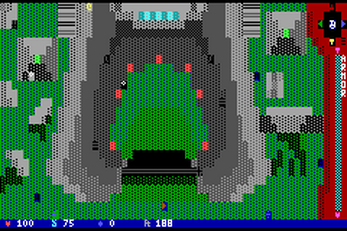